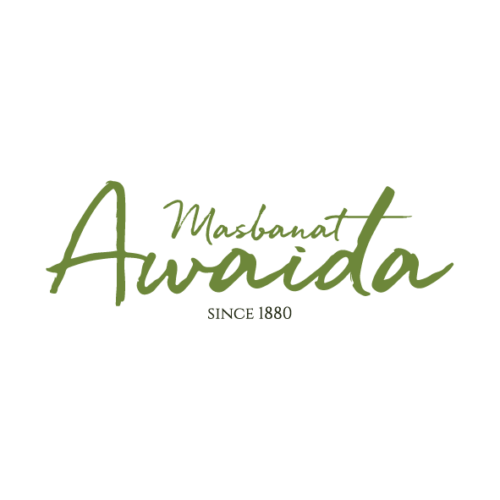 MASBANAT AWAIDA HISTORY
The first soap factory was established in Tripoli, capital of the North Lebanon, in the late nineteenth century by Mr. Hussein Awaida. Its construction took ten years from 1870 to 1880, owing to the primitive means of architecture at that time. Since that time the city of Tripoli has gained fame in the manufacture of olive oil soap and olive seed oil soap known by “Jefti”. The soap industry spread in the city; and Tripoli hosted dozens of soap factories producing olive oil soap competing among each other, taking advantage of the wealth of its territory; where olive trees covered the largest area of the city.

Over the years successively closed many these soap factories due to the spread of urbanization at the expense of the territory of olive trees and to the openness of Tripoli to foreign markets. Until our days Awaida Soap Factory stays the largest and oldest soap factory in Lebanon, manufacturing olive oil soap.

With the beginning of the twenty first century, we have expanded our soap industry to keep pace with the modern industry. Our production is no longer limited to manufacturing olive oil soap only but has expanded to include several natural plant oils and natural herbs and perfumes and various aromatic oils; such as amber; musk; rose; lavender; violet and many others. And recently we distinguished our craft industry where we gave the soap various artistic forms that reflect both our creativity and culture.

Masbanat Awaida consists of three layers built on the Ottoman style, which is well-known by the arches and stone vaults. What distinguishes our soap factory is its underground level, which includes the oil wells, known as “Biyara”. There are about 32 oil wells scattered under the total area of the factory to store olive oil. Biyara have special specifications which enable them to maintain the colour and characteristics of the oil for long periods. This fact ensures sustainable quality in our production. The ground floor contains three large sized soap cookers (known as “Halla”) the largest of which boasts room for seven tons of oil! The upper floor is dedicated to the soap drying process. Soaps are arranged in the form of pyramid-like structures and left for at least 60 days to become ready for use.